We will also take a look at the following social media news topics.

You can also watch or listen to Social Chatter on our blog, YouTube channel, podcast or the Alexa Flash Briefing.

If you missed our last episode of our social media marketing talk show, we discussed if a Twitter subscription model would be something marketers and business owners would pay for.

With Twitter audio, you can create audio recordings when sending direct messages.

This will allow you to record an audio direct message and send it to your followers.

Right now, Twitter voice recordings are only available to a limited number of users. Twitter plans to roll this feature to everyone in phases.

Next, go to the Direct Messages tab in your app.

When you go to type out a DM, you'll have the ability to also record audio instead.

Press and hold on the voice recording icon.

When you are finished with your recording, you can preview it and then tap to send it as a direct message.

Why Twitter Voice Recordings For Direct Messages Matter For Your Business

Twitter is looking to bulk up their platform. They recently started exploring a new way to verify Twitter accounts and also launched Fleets.

With Twitter Spaces, their Clubhouse alternative, on the horizon, Twitter voice recordings will be a way to get users accustomed to sending audio.

While Twitter voice recordings aren't new (you can already send voice messages in Facebook Messenger and on WhatsApp), they are somewhat new.

Some users have had the ability to send audio tweets for over a year now.

Voice recordings are a new way for Twitter users to communicate with their followers.

If you are a business and your customers have not been using their voice to communicate, you can give them a nudge by recording Twitter voice recordings for them.

Just like anything, sending audio might not be something your customers are accustomed to. They are in fact, widely used in place of text messages in many more countries.

For now, if you're not comfortable with sending a voice recording, practice with some of your friends, family, and closest customers, and then consider sending Twitter voice recordings over time.

The first tool that we have for you this week is Clubhouse Bio Generator.

Do you need to quickly create a bio for your Clubhouse account?

It can be more difficult having to do this from your mobile device, since Clubhouse requires that you use an Apple iOS device, such as an iPhone or iPad.

With the Clubhouse Bio Generator, you can quickly create your bio on a desktop and then bring it right over to your mobile device via a unique URL.

From there, you can copy and paste it into your Clubhouse app.

Here is a look at the interface for this Clubhouse tool.

The bio generator is a free tool.

Automatically generate a bio for Clubhouse

The second tool that we have for you this week is Slido.

Are you looking to have more engaging and interactive meetings or presentations?

Slido helps you engage with your audience in real-time.

Here is a look at how Slido works.

Slido offers a free plan. If you need to add more participants, you can upgrade to their Engage and Professional plans, starting at $12 and $20 per month respectively.

To sum it up this week, we discussed Twitter voice recordings for direct messages. Right now, they are only rolling this feature out in phases; however, it's good to start practicing. This way when Twitter Spaces are available, you'll be comfortable sending audio over Twitter. 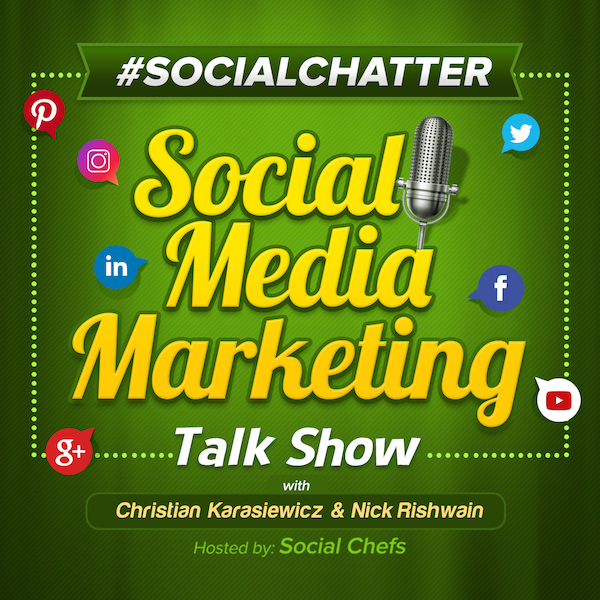